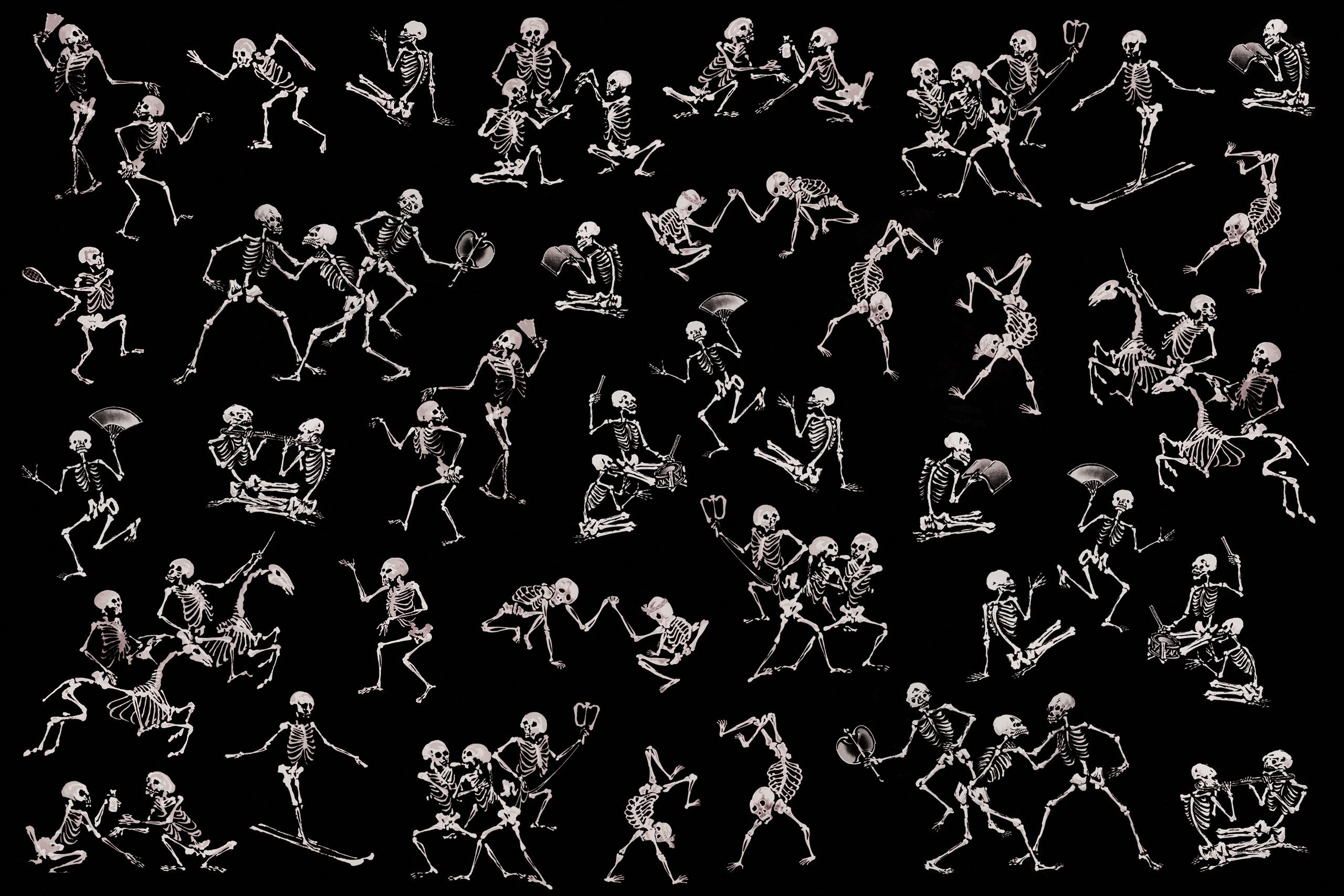 As We Are Now
This in-depth, full-color work is a comprehensive survey exploring the theme of the skeleton in Japanese kimono art. For centuries, images of skulls, bones, and skeletons played roles in the religious and popular artistic history of Japan in the form of paintings, scrolls, woodblock prints, books, lacquerware, and even personal accessories. Although images of skulls and bones carried great significance in Buddhism throughout the centuries, and skeletons became a faddish artistic interest in the late Meiji period, prior to the twentieth century few such images were to be seen on clothing.
The two decades in which skeleton imagery gained greatest popular attention as decorative motifs for traditional Japanese garments encompassed the Taishō (1912-1926) and early Shōwa eras (1926-1989), a period lasting roughly from about 1920 to the mid to late 1930s, losing its emphasis as Japan moved closer to total war. This period corresponds to what Miriam Silverberg terms Japan’s “modan [modern] years,” a time characterized by a post-traditional, cosmopolitan world no longer bound by timeless customs and informed by a sense of open-ended possibilities, new mores, and the mass communications that were shaping the material and popular culture of the nation. The general national atmosphere was ideal for creative expansion on many levels, and not least in the arena of textile design, where a new genre was also making itself felt among the buying public. The book is 132 pages and contains 47 full color plates with additional detail photographs and descriptions.